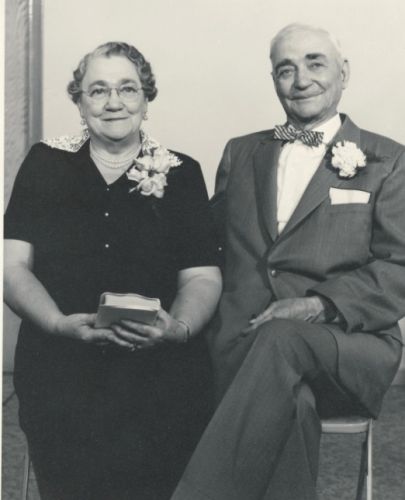 Our Alberta farm history began with both of Gary Flitton’s grandparents moving to Alberta from the United States in the pursuit of the dreams of owning their own farms, the Flittons from Utah and the Ohlers from Missouri. Gary’s parents grew up within fifteen miles of each other, married in the early forties purchased their first 640 acres of bare land in 1943 while they worked for “C.S. Noble” the inventor of the famous Noble Blade. In 1946 they purchased another 640 acres with a house and barn on it, within fifteen miles of their parents two original farms and became full time farmers. 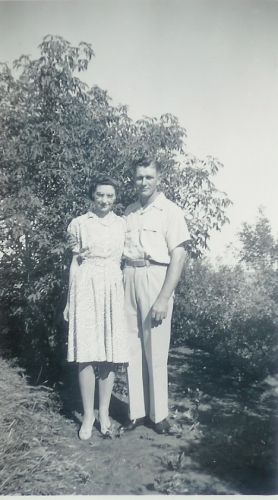 The family farm grew a bit, a small hog operation was started and a small cow herd evolved. In 1961 the Flitton Family moved to Calgary to pursue other interests, but kept the farm and at first operated it and later had it custom farmed.

The draw of the farm proved too much for Gary and at the age 19 left the city to come back to the farm. With the help and support of his parents he was, determined to resurrect the farming operation. Winters were spent at university getting a B. Sc. in Agriculture, and summers were spent on the farm. After marrying Bev in 1973 they moved back to the farm full time in 1974.

The seventies and eighties brought some extreme challenges to agriculture on the prairies. Droughts, 22% interest rates and low commodity prices led to many, many prairie farms disappearing but the Flitton’s managed to survive on the farm and raised four children.

The 90’s proved to be the beginning of better years for the family farm. Wetter years combined with some wisdom gained from many mistakes and a better business plan allowed expansion to begin

With a fifth generation now well on it's way, we continue to work hard at being a viable farm for years to come.